A Look Back: Plant-based Holiday Rituals

As the darkest night of the year approaches, we’re adorning our homes with evergreen wreaths, mistletoe above our doors and aromatic fir trees. This need to bring “the green” indoors around Winter Solstice is not a new phenomenon. These plant-based rituals have evolved from a variety of different traditions. 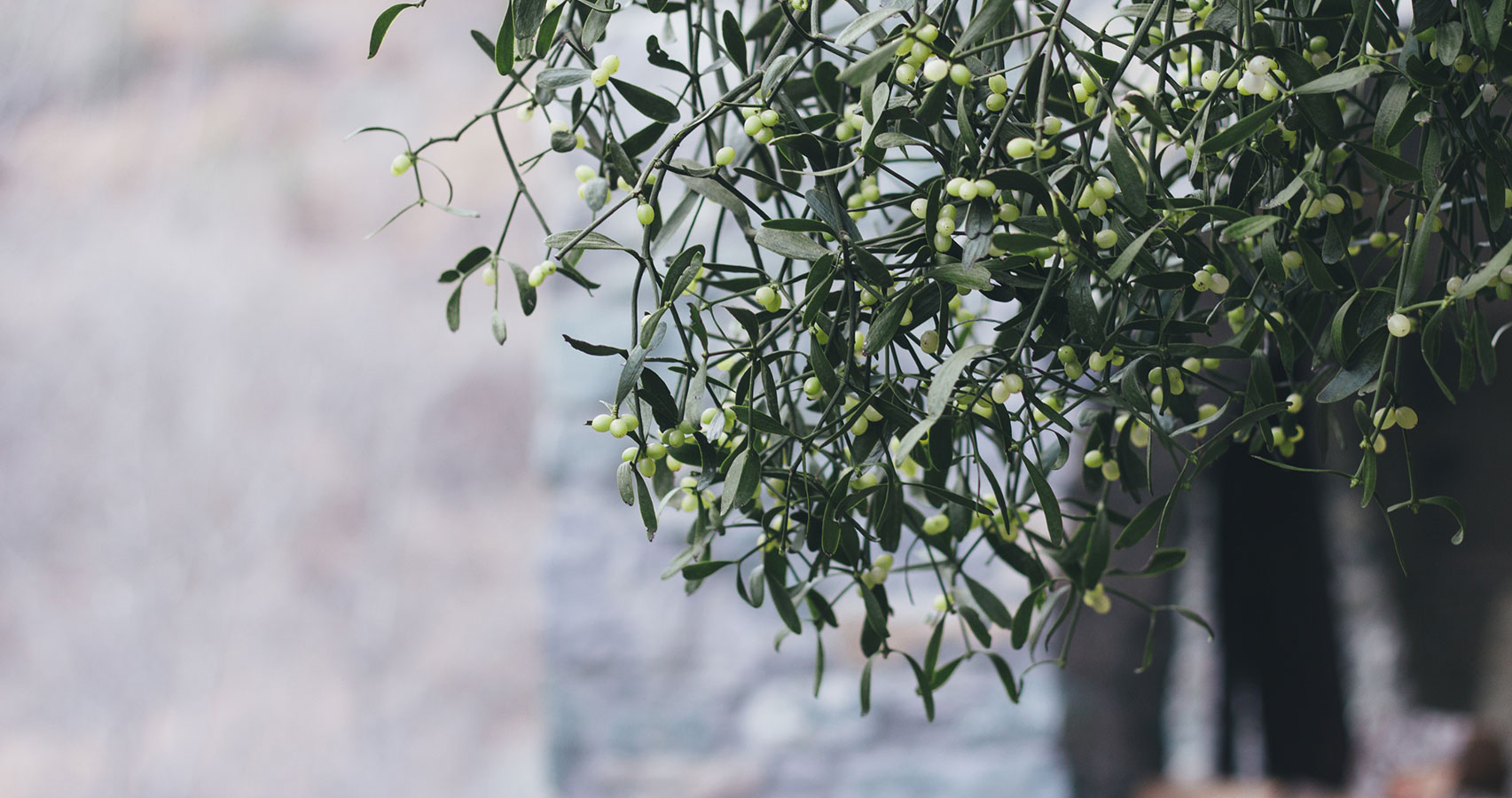 Mistletoe
While most of us just see mistletoe as an opportunity to give our loved one a smooch, it was much more than that to the ancient druids. Mistletoe was considered a sacred plant, and it was symbolic of Winter Solstice. During this time, the druids would wear white robes and red cloaks. They cut down the mistletoe from a host tree and brewed the plant for different potions.

Mistletoe stays green and bears fruit through the winter because it has a parasitic relationship with the tree it grows on. Because of its abundance during winter, mistletoe seemed quite magical to the ancients and symbolized fertility. In some traditions, people would tie mistletoe to their fruit trees to promote harvest (not something we would encourage these days) or place it in their bedroom as a fertility charm. Poinsettia
Before the arrival of Europeans, the Aztecs of central Mexico cultivated the flower we know as poinsettia and called it Cuetlaxochitl. The flowers were used to create a purple dye, and the milky white latex of the plant was used for the treatment of fevers. The Aztec name was said to mean “mortal flower that perishes and withers like all that is pure.”

Cuetlaxochitl was brought to the United States when Joel Robert Poinsett was appointed as ambassador to Mexico. He saw the beautiful red blooms in Mexico around Christmas time, and he soon after shipped some back to South Carolina. Since then, most people in the United States refer to the plant as Poinsetta, after Mr. Poinsett. Holly
European holly, Illex aquifolium, is commonly used in Christmas illustrations and wreaths displayed around the holiday season. The use of this plant pre-dates Christian celebrations, as the druids wore holly wreaths around their heads, and the spiky evergreen holly leaves were said to protect against dangerous powers. Fir, Spruce and Pine: The Christmas Tree
Trees have long been adored by humans and in some traditions they were believed to be the gateway to other worlds. In Siberia, the world tree was thought to grow in a cosmic swamp, where the sun and moon hang on its branches. Romans, Germanic pagans and many other traditions respected and believed in the power of the trees. Over time, the traditions evolved, and these days many people celebrate the holiday season by decorating trees with ornaments and colorful lights.